* Qualifying in Turkey has resulted in the third closest grid of all time, with just 2.050 seconds covering all 19 riders.

* For the second successive race, all of the riders qualifying on the front row are using Michelin tyres.

* Valentino Rossi starts from pole for the 37th time in the premier-class. From his 36 previous pole positions he has gone on to win the race on 27 occasions. This is the first front row start for Rossi in Turkey.

* The Istanbul Park Circuit is one of only three current circuits where Rossi has not scored a victory in the premier-class, the others being Laguna Seca and Misano.

* Dani Pedrosa is the only Honda rider to have finished on the podium in either of the first two races of the year.

* Casey Stoner, who won the 250cc race in Turkey in 2005, finished in second place at the Istanbul circuit last year; his only podium finish of his debut season in the MotoGP class.

* Shinya Nakano will be making his 100th Grand Prix start in the premier-class.

* Marco Melandri has qualified in 14th place, the same grid position from which he won the race last year; This is also the lowest grid position on record from which a rider has gone on to win in the premier-class.

* Andrea Dovizioso starts from pole for the first time since the race in Catalunya last year, which was also the last pole for Honda in the 250cc class.

* Jorge Lorenzo will be aiming to be the first rider since Daijiro Kato in 2001 to win the opening three races of the year in the 250cc class.

* Alvaro Bautista missed out on victory last year in the 125cc race in Turkey by less than a quarter of a second, and starts from third place on the grid in just his third race on a 250cc machine.

* Alex de Angelis has finished on the podium eleven times in the last thirteen races.

* Mika Kallio will be aiming to score his first points in the 250cc class and become the first rider from Finland to finish in the top ten in a 250cc GP since Eero Hyvarinen in 1981.

* Hiroshi Aoyama won in Turkey last year to score the first victory in the 250cc class for the KTM factory.

* The same three riders, Talmacsi, Faubel and Pesek have filled the podium places at both of the first two races of the year.

* Mattia Pasini, who is making his 50th GP start, has qualified on pole for the fourth time in his career. He has managed just a single finish from his previous three pole starts – 3rd place at Jerez last year.

* Hector Faubel has finished on the podium at the last four successive 125cc races, including two victories. Faubel took his first ever GP victory in Turkey last year.

* Simone Corsi starts from the front row for the first time since the British GP last year. Corsi’s fourth place in Turkey was his equal best result of 2006.

* Talmacsi is the first Hungarian rider to have sole leadership of the world championship classification in any of the GP classes.

* Tomoyoshi Koyama’s third place finish in Turkey in 2005 was the last time he stood on the podium.

* Michael Ranseder is starting from his best ever grid position and is the first Austrian rider to qualify in the top ten for a 125cc GP since Manfred Baumann was fourth on the grid in Germany in 1993.

* Bradley Smith is the top Honda qualifier in the 125cc class, in thirteenth place on the grid. 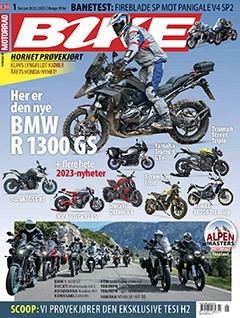